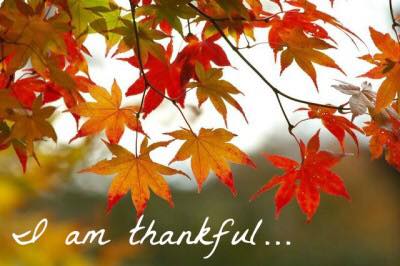 It’s almost Thanksgiving and I’m in a reflective mood. I have so much to be thankful for. Today it is for unsolicited help from people who didn’t have to get involved.

When I was a single mom working mids, one of the other dispatchers came in at 3 am

and worked half of my shift for free so that I could be home when my kids woke up on Christmas morning. I will never forget that.

When I was struggling with self-acceptance and confidence because of a severe overbite, one of the troopers I worked with gave me money to have maxillofacial surgery. I could never have afforded it on my own. It was supposed to be a loan initially but he then refused to let me pay him back. I will never forget that.

When I ran out of gas in the middle of the Nevada desert, a stranger stopped. He took me 45 minutes in one direction – the opposite direction he was going – to buy gas, and then brought me back 45 minutes. He refused to take any money and wouldn’t leave until I was on my way. I will never forget that. 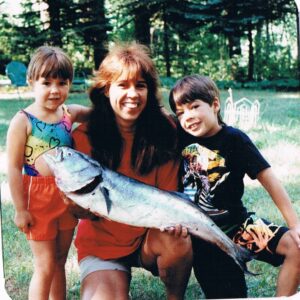 When I fell asleep driving – because I was working full time, had two small children, and was also going to school – and totaled my car, a co-worker came to help me. It was the middle of the night and I only had to make one phone call. Another friend loaned me his car until I could get mine fixed. I will never forget that.

The first time I went to DC (a small town country girl) and I had no idea how to navigate the metro, a stranger saw me trying to figure out the map, got on the train with me and rode to my stop before continuing on with his day. I will never forget that.

When I was 17, life was literally falling apart and I had spent an incredibly difficult and emotional morning at grand jury, my counselor took her afternoon off, without pay, bought the biggest cinnamon roll I’d ever seen and took me to the beach for the afternoon to recover. I’m crying as I write this. I will never forget.

There’s the victim advocate who bought me my first pair of diamond earrings just because she wanted me to know I was “worth it”…I still have those. The two flight attendants at London Heathrow who saw me deplaning, asked about the bracelets I was wearing – my son, daughter and husband were all deployed at the time – who stood on the plane crying and hugging me. Three moms sharing a moment, joined at the heart even though we were strangers.

And so, so many more… 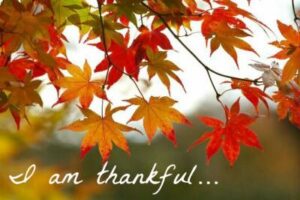 These kindnesses were done without expectation of repayment or anything else. They impacted my life in a very big way. I strive to be a person worthy of such kindness.

Today is my thanksgiving.